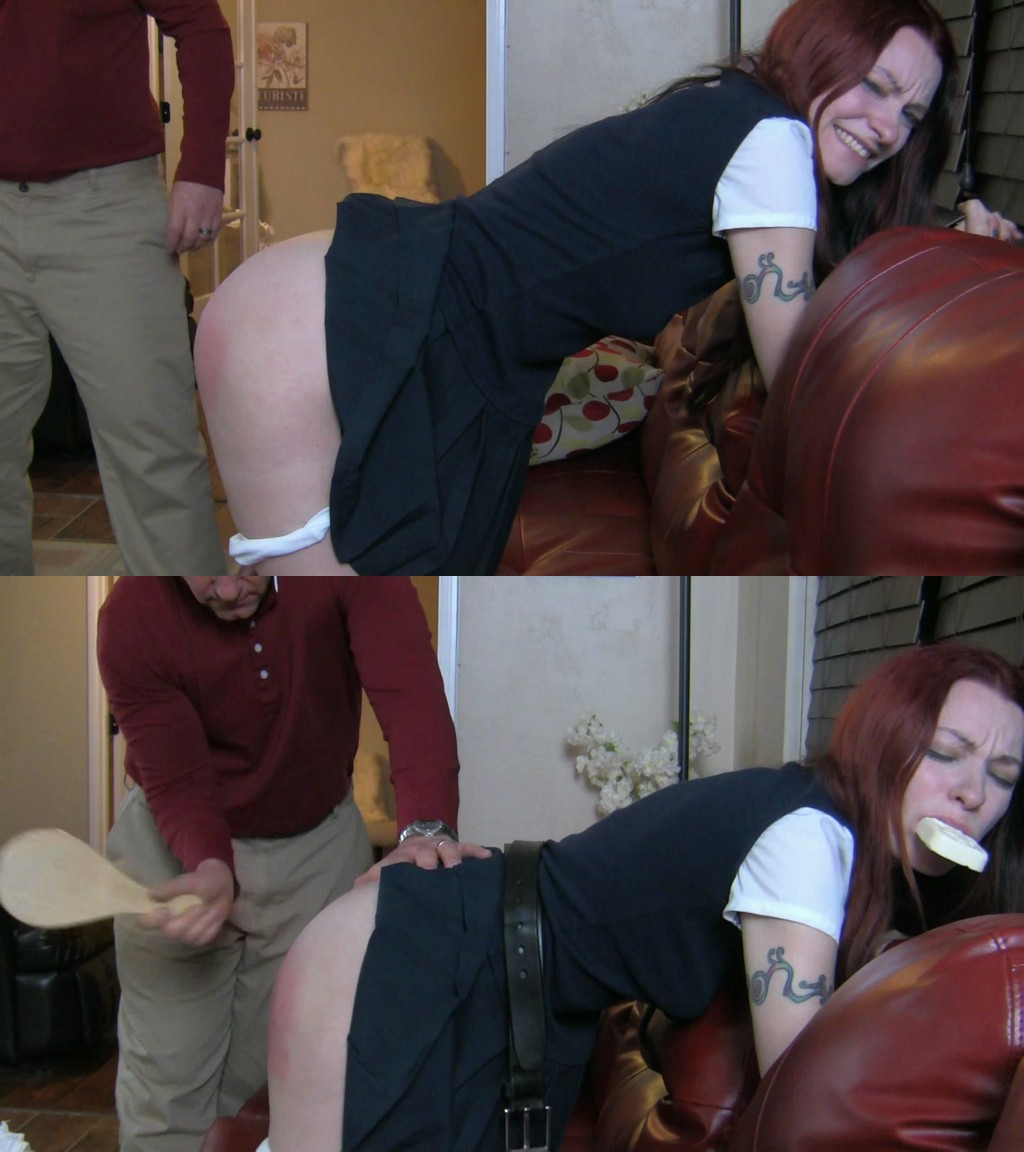 KJ (Kajira Bound) has just gotten home from school, after quite a difficult day. She is wearing her authentic navy and white French Toast uniform. Her step-father (Robert Wolf) sits her down on the sofa to discuss a report he received earlier from one of her teachers. They called to notify him that corporal punishment had been used, and why. KJ admits that she was reprimanded for talking during class, and when that happened, she called her teacher a bitch, because she felt upset. The school doesn’t spank students often, but her outburst was the last straw, and she was caned in front of the class. She knows that a spanking at school means a spanking at home, but it has been a long time since it happened, so she hopes her step-dad will decide she’s too old for that now. No such luck. Robert is not at all amused by his step-daughter’s recent bad attitude and dirty mouth, and she soon finds herself over his lap for a good spanking, just like when she was a little girl! He lifts her pleated skirt to reveal traditional white cotton panties, and the fresh cane stripes peeking out from their edges. Her bottom is bared and well reddened by Step-Daddy’s hand, then she has to kneel on the couch for a strapping with his leather belt. As the belt lands over and over on her red little bottom, and she becomes overwhelmed by pain and outrage at the indignity of it all, KJ finally blurts out, “This is bullshit!” Robert had considered soaping her mouth due to the nature of her infraction at school, but wasn’t going to since it was the first time something like this had happened. When she curses at him while he is punishing her, he realizes that a good paddling with a bar of soap gagging her mouth may be just the thing to get the point across once and for all that disrespect and bad language should not ever be coming out of it. KJ’s bottom goes from red to deep red with bruises as she learns her lesson the hard way.

Great hard domestic discipline spanking for a beautiful young lady! This clip contains the full scene with a view of the spanking that focuses on the Kajira’s facial reactions to her punishment, and also shows the side of her bottom and just a peek of the marking. Coming soon will be a bottom cam focused version, which shows a clear view of her bottom throughout the scene, as it becomes redder and more heavily marked, and a full version which includes the action from both angles for those who want to see it all! As always, the very best value is to purchase a streaming membership via , where you can watch every version of every clip in the store (hundreds of unique scenes) as often as you like for the flat monthly rate of 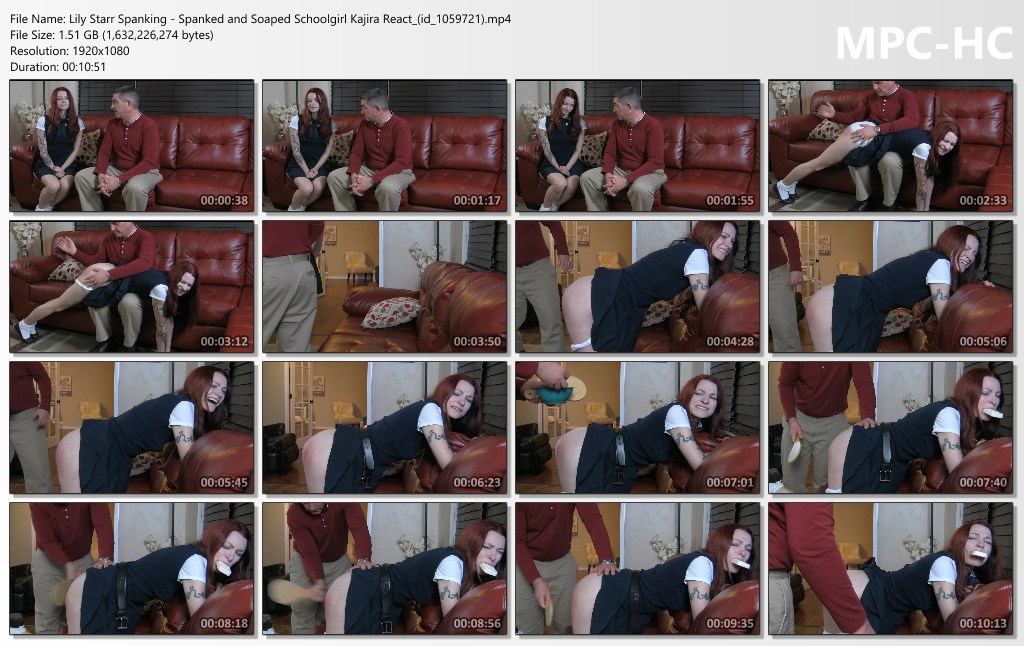