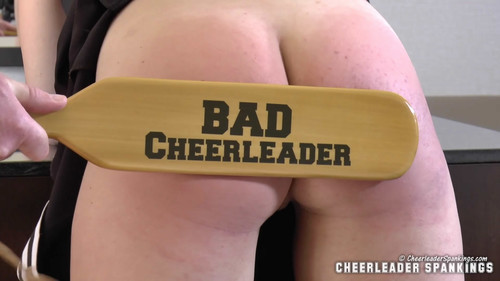 Adriana’s behavior in the cheer squad has not improved even though the Head and Assistant Coaches have all punished her, sometimes very severely. It has got so bad that they are fed up carrying out discipline and have arranged this meeting by sending her to Principal Masterson! He is astonished at her poor record and the report that suggests some of her behavior is bordering on criminal with six mentions of her being a sexual predator to the other girls in her squad! The recommendation is that she be expelled but the Principal has decided to take matters into his own hands with a hard wooden paddling punishment that she won’t forget in a hurry. Adriana is bent over the desk, scolded then given a spanking over her panties and with them removed which she finds humiliating as it is by the school’s Principal. The special heavy wooden paddle is used without mercy on her bare bottom which brings her punishment to a very tearful conclusion. This is a rare chance to see Michael Masterson doing what he does best outside of his RS Network – the discipline spanking and paddling of girls who deserve it. 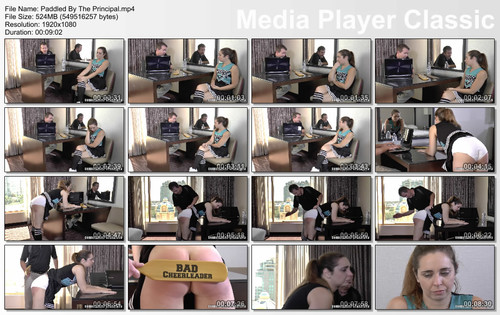