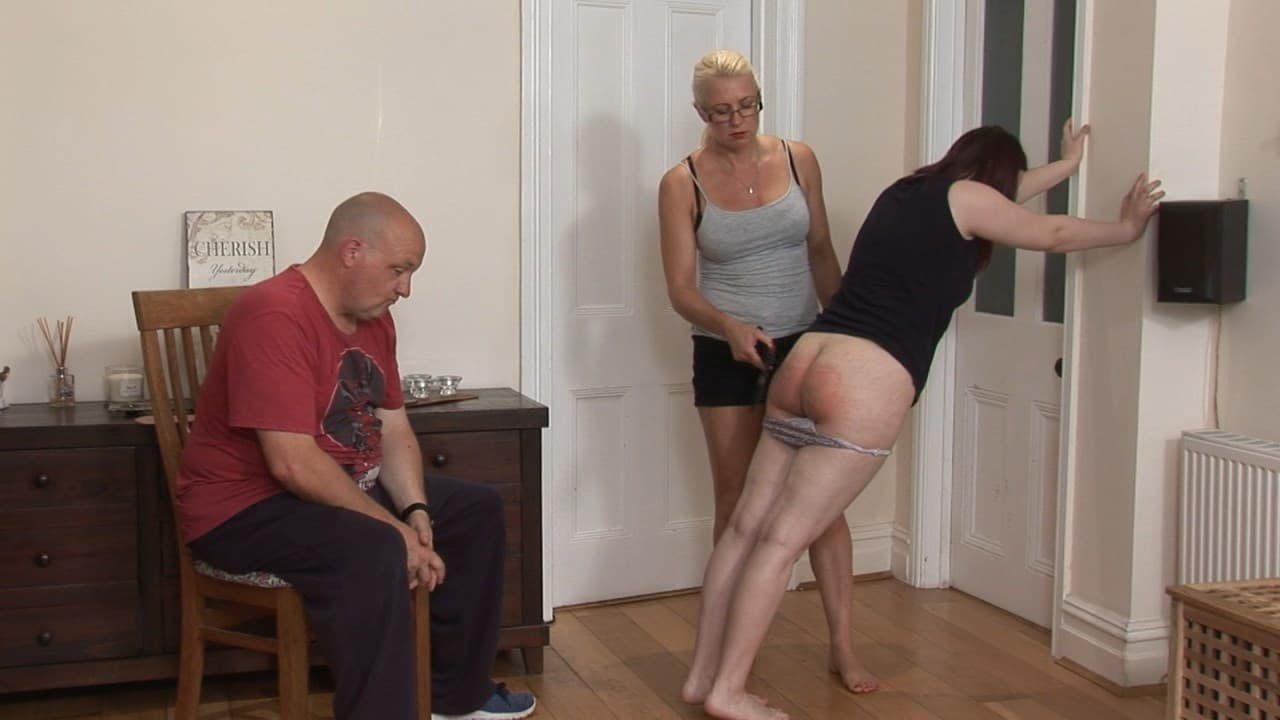 Lina is busy spanking Melanie her cleaner when her husband arrives home from work and she explains to him that $50.00 has gone missing and she is trying to get the truth out of her. Despite the spanking Melanie is refusing to admit her guilt so Lina asks her husband to take over which he does with gusto and administers a butt blistering spanking to Melanie’s already sore bottom. Despite the spanking she is still not telling the truth so sterner measures are called for and Melanie is ordered to lay over the box so Lina and her husband can take turns to thrash her with various leather straps and paddles. Finally, Melanie admits her guilt and the punishment concludes with her leaning up against the wall for a good paddling to teach her a lesson she won’t forget in a hurry. 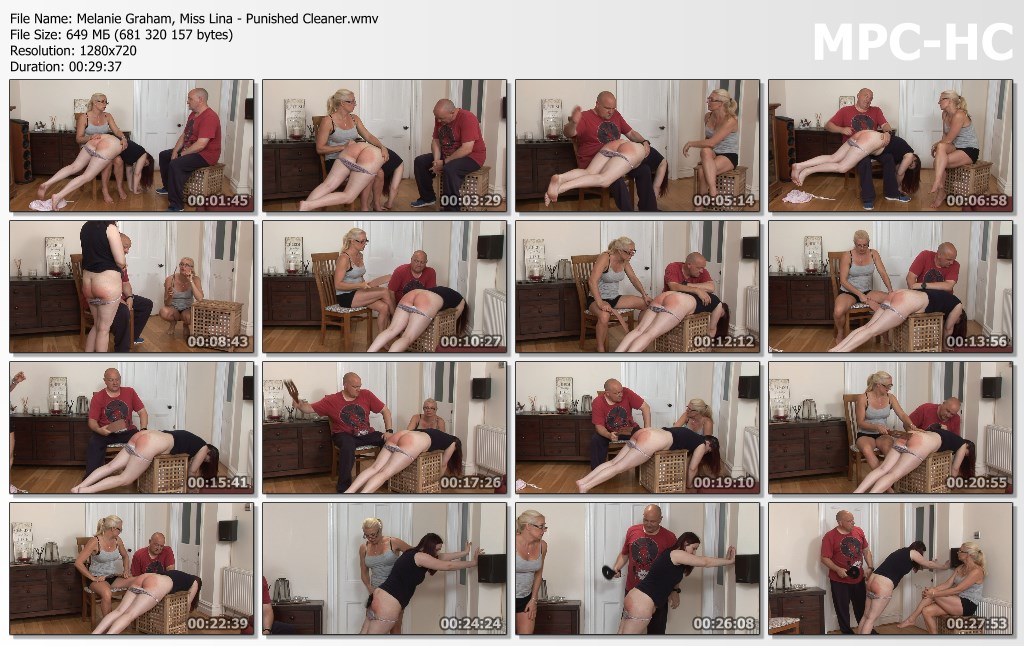