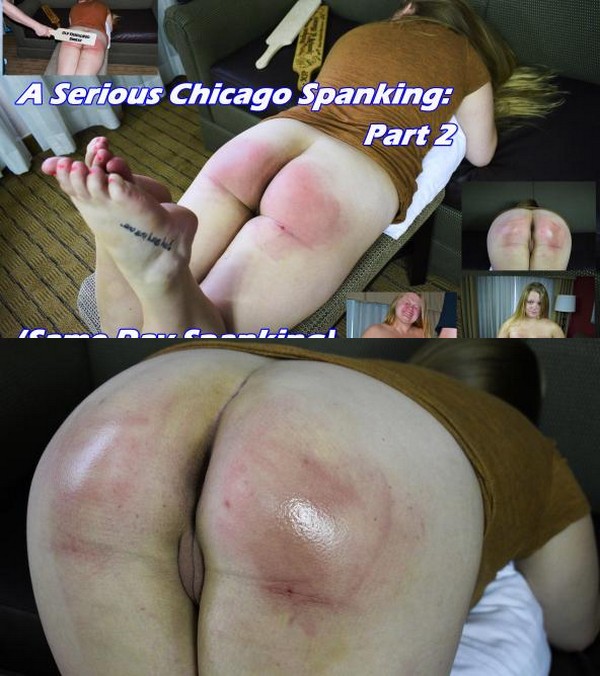 In Part 1 of “A Serious Chicago Spanking” Ashley Belle admitted to having some problems,…she was soundly spanked, and eventually forgiven. Unfortunately, in Part 2, she faces her second spanking of the day on already very sore globes. You see, Ashley left her spanking session and almost immediately had a traffic violation. Feeling guilty, she revealed what she did and was ordered to return for more corporal punishment! There isn’t a girl in the world that would want to have to endure two spanking punishments in one day, but when Ashley returned there was no warm up, she was placed over a bench and licks with the leather belt were applied. After that, she struggled through the stinging pain of an old thick yardstick smacking her bottom! She didn’t want to have to go through the pain of corporal punishment again that afternoon, but Ashley knew that she did wrong and that her butt was gonna pay for her mistakes. The rubber strap with holes was sternly applied to her bottom as well, she just wanted the punishment to be over with, but not before she faced two wooden paddles and the cane! To make matters worse and to ensure the punishment had a lasting effect, Ashley was given a breast spanking with the hand, and then with a riding crop. This girl was sore all over,…and a better girl for it too as her spanking in the Windy City proved to have a lasting impression on her behavior. 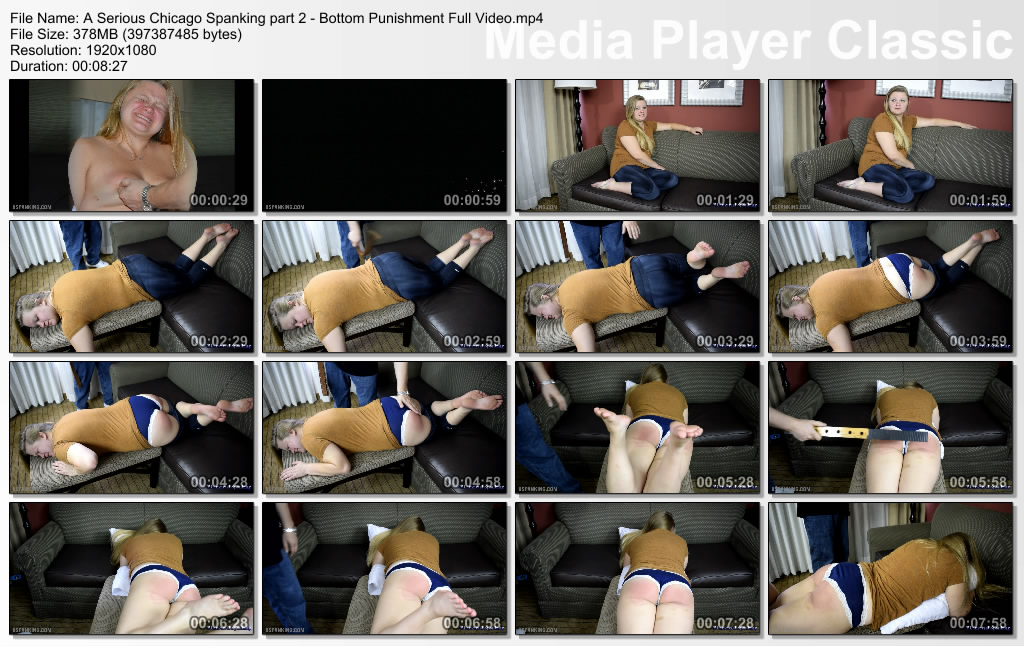