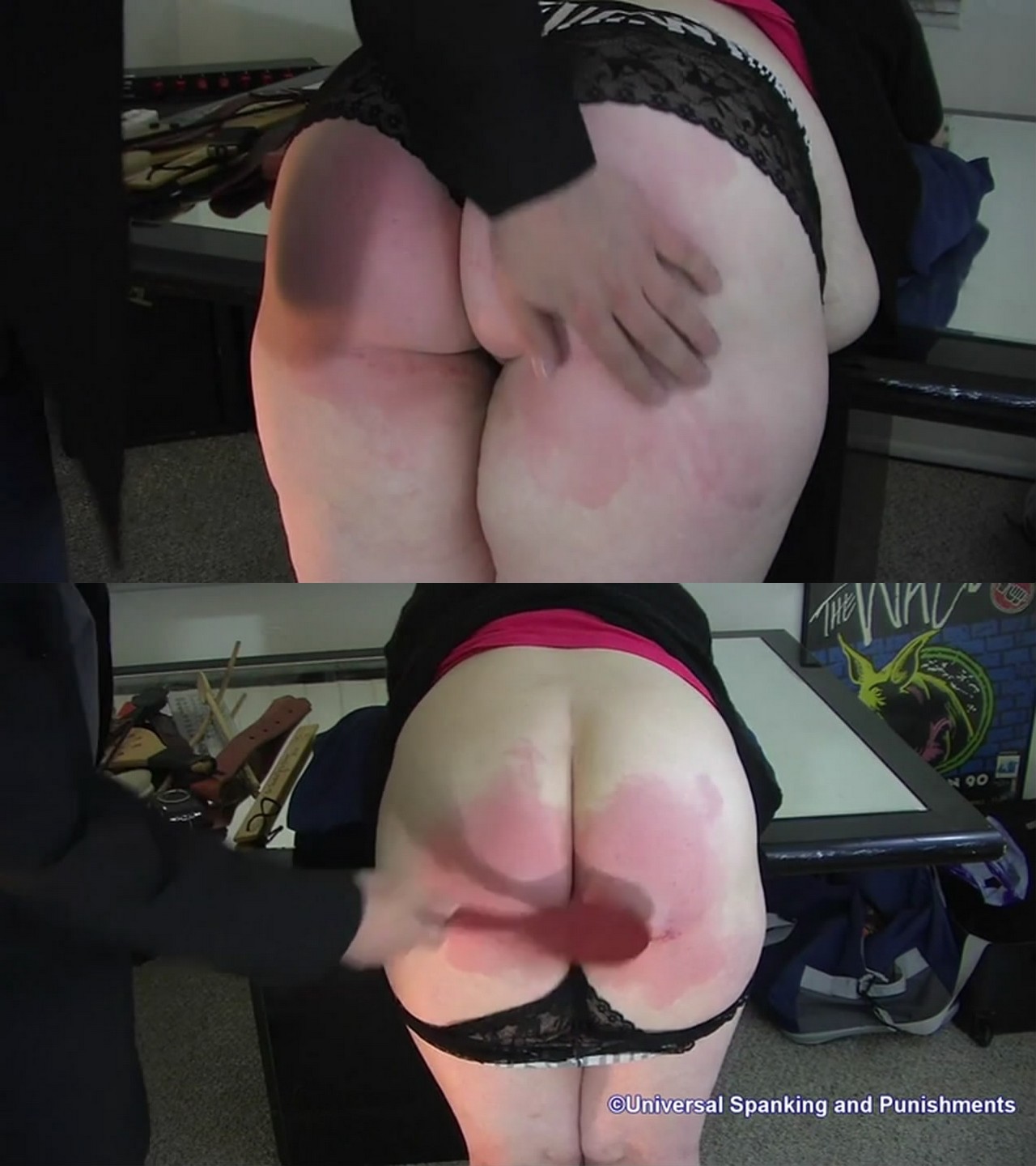 Ashley Belle is ashamed of herself and she should be for what she did! Ashley was caught stealing from a local party store and the security cameras captured every bit of her and her friend’s committing the crime. Her Dad talked the store owner out of pressing charges, but he promised that Ashley would be punished bare bottom for her actions.
Ashley knew what she did was wrong and she wasn’t raised to be acting like this, so she knew darn well that a spanking was coming. Her Dad bent her over in her thin leggings to start the spanking, laying in stern smacks right from the start. The spanking continues over her panties, and it was quite the sight as Ashley’s bottom jiggled from the hard spanking. Before her bottom was fully bared, her Father laid in swats with the leather paddle, Ashley despised being paddled though she knew that stealing was an offense that deserved a paddling. Once her bottom was completely bare, Ashley received another hand spanking and then more swats with the paddle, it was more than clear that her Father was displeased with her behavior!
Then there was that sound, the horrible sound of her Dad taking off his belt. She knew this sound quite well and knowing what was going to happen to her behind never got any easier. Ashley tried her best to prepare for a belt whipping, but there’s really nothing that she could ever do when it came to taking strokes from stinging leather. Her Dad laid it in good, the old fashioned belt was always used in their house when Ashley would mess up, and it always made her fight back tears. To make sure that Ashley understood what her Father was trying to teach her, he pulled out the family strap and laid in several hard licks! Ashley wasn’t raised to make poor choices, but when she did,…she knew that bare bottom spankings would be soon to follow.
In Part 1 of "Raising Her Right", Ashley Belle made some poor choices and her Father rightfully spanked her for those decisions, and he spanked her good! Here in Part 2, we find Ashley pleading her case and claiming that she’s innocent when it comes to a theft from the neighbor. Her Dad’s having none of it and he tells her to go get the implements that she thinks should be used on her. And being the obedient daughter, she returns with some painful implements and pulls down her own pants, revealing no panties, and prepared for a thorough spanking on her bare bottom!
The spanking starts with Ashley bent over the bed and taking hard smacks on her behind right from the start. Her Father is not going to allow theft in his household, and he’s going to make this punishment counts! Ashley then goes over his knee for more hard hand spankings, she also gets swats with a leather paddle and a wooden paddle otk as well. To make sure that Ashley remembers the effectiveness of corporal punishment, she’s given a stern strapping and strokes of the cane! Maybe Ashley was innocent, and maybe she wasn’t,…but this is what happened and how she was raised. (Watch at the end of the Full Video for a Bonus Caning Scene) 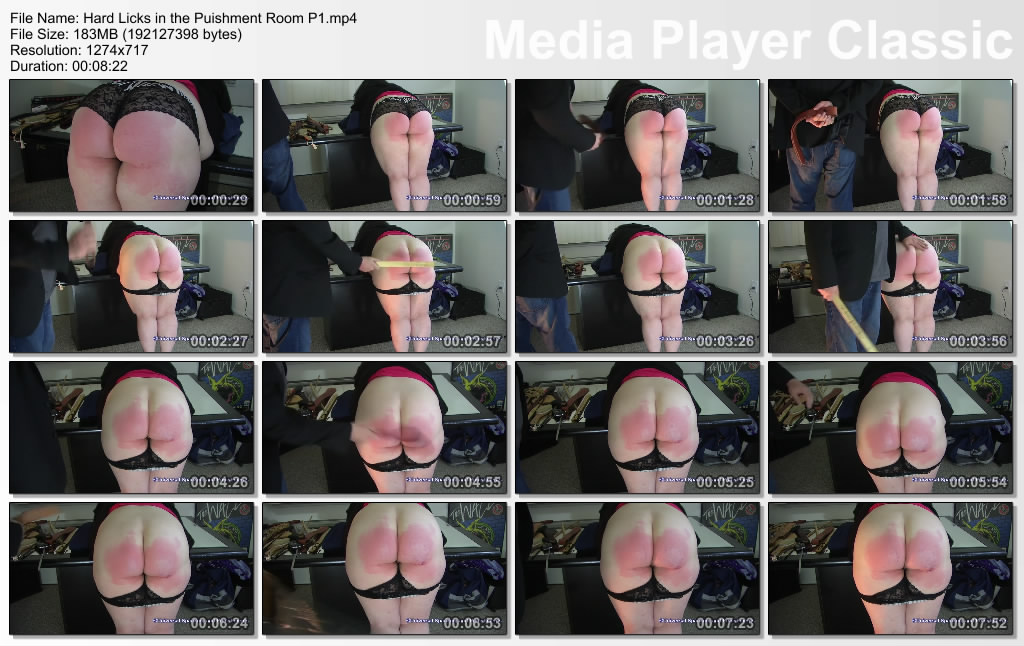