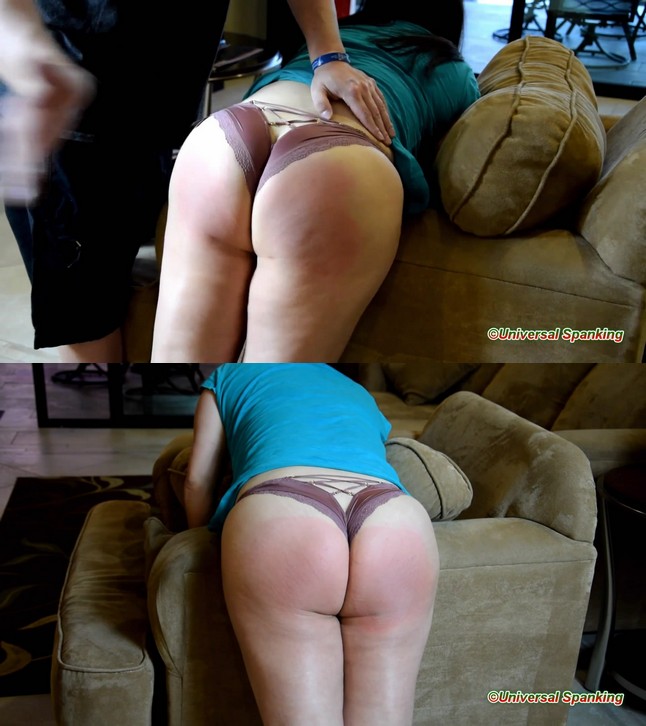 Shauna Sass is in for a rude awakening! She took a job tutoring the student of a wealthy family, they even fly her around with them on their vacations. Shauna is supposed to be tutoring their son first, and then she’s allowed to have free time to enjoy herself whenever they travel. Recently, Shauna became very excited when she found out that the family was going on a trip to Mexico, though unfortunately she didn’t do the job that she was supposed to do. Imagine the disappointment of the student’s father when he found out that she’s barely been teaching his son, instead she’s been partying on the beach for most of the time, and she’s been seen hanging off of several men!
Sooner or later she was going to be found out and unfortunately for Shauna, the student’s father is a firm believer in corporal punishment! Shauna’s boss was quick to bend her over the arm of a chair and he repeatedly smack her bottom with his palm over her shorts. It becomes clear though that Shauna had developed an air of irresponsibility, and she also talked back to him, so he pulled down her shorts and smacked her bottom even harder! He then grabbed his belt and gave her a sound lashing, Shauna’s round cheeks quivered from the stern strikes, but the punishment would’nt be over any time soon.
Shauna’s boss had never heard her speak with such attitude, so he decided to dish out some swats with a leather paddle. The sting from that paddle lit her up good, but the heat that came from strokes with a billet strap really set her cheeks on fire! You can then imagine her anguish as she had to stay in position for the rubber strap with holes, especially after her boss pulled her panties down. The rubber strap burns a woman’s behind and makes her think long and hard about what she did wrong. Finally, two wooden paddles were used to drive the lesson home, one of them even had holes! Shauna was a grown woman, and here she was being paddled bare bottom right in the living room where the rest of the family could hear. She was embarrassed and humiliated, though she did a rather good job tutoring the student on the rest of their vacation in Mexico. 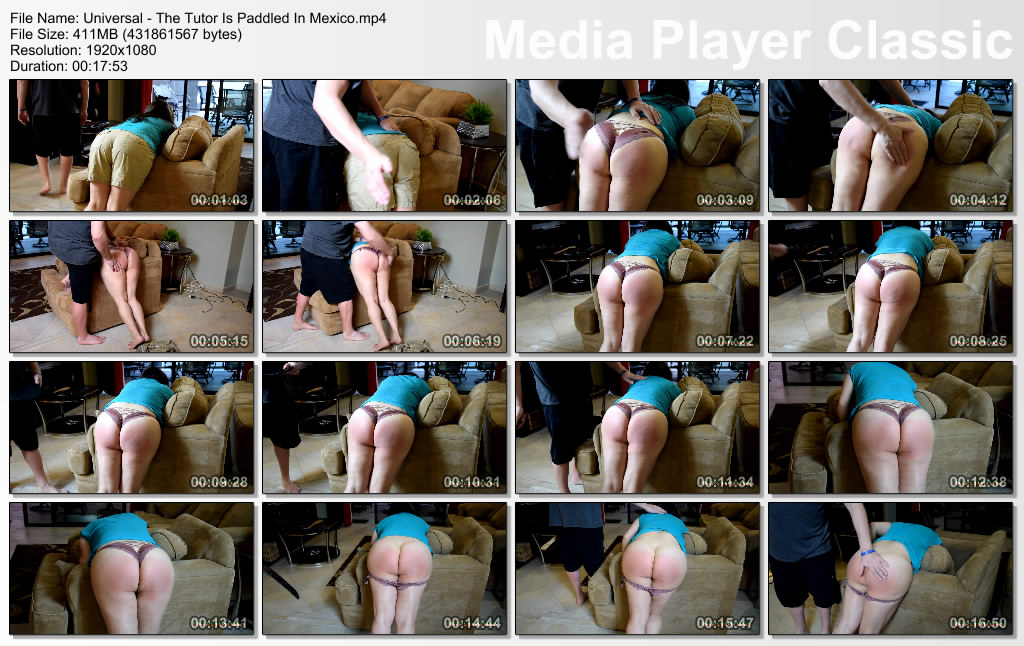