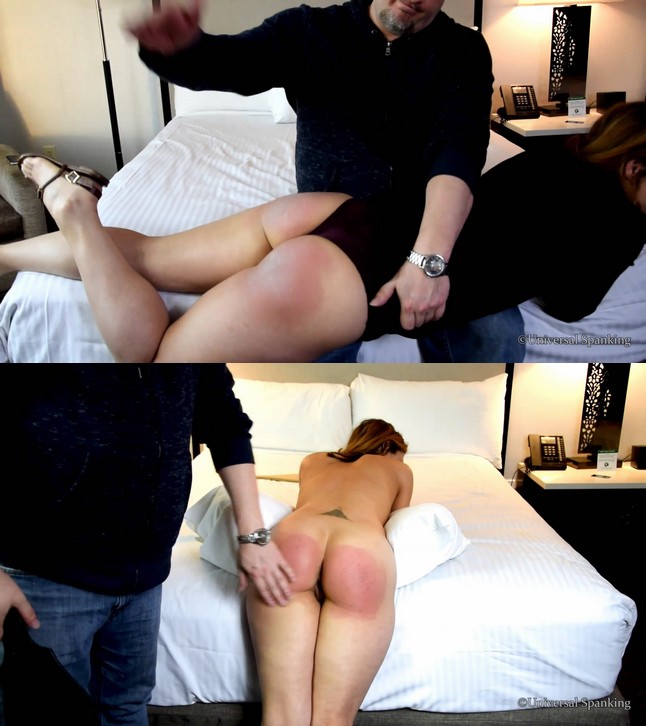 Things were tough out there, the economy was hard on almost everyone and Ten (Amorette) decided that she wanted to move back home. Her and her Father had fought a lot before she moved out, so she knew that this would be a difficult conversation to approach, but she needed a place to stay for awhile.
Upon hearing the proposal, her Father showed little interest, not because he didn’t care, but because his relationship had become much more stable with Ten once she was out on her own. However, he could sense the desperation and certainly she wasn’t going to go without a place to stay. The rules would be much different though this time around, Ten’s Father wasn’t going to allow the same mistakes to be made again. One thing that would be different, corporal punishment would be the primary disciplinary action when Ten would mess up! She certainly wasn’t happy about all of the structure, but Ten agreed to follow the new rules. Unfortunately for her, Ten would receive a spanking right then and there, before even being given a chance to make a mistake, just so she’d know how things were going to be around the house from now on.
The spanking started out over the knee and Ten was thoroughly embarrassed, she had already graduated, moved out,…and now here she was back at home and getting spanked with her skirt pulled up! The hand of her Father smacked her tender cheeks back and forth rapidly and repeatedly, causing them to hurt more than she’d ever remembered them hurting before. Next, Ten was placed over the bed for a long belt whipping, her first belt whipping from her father and one that she would remember for years to come. Sadly, less than a day after being home, Ten was caught with a boy in her room. Her Father was furious after kindly letting her back into the home and he instructed Ten to strip and bend over for naked punishment. She was first given licks with a split tailed strap, the humiliation and pain of naked punishment certainly wasn’t what she had in mind when she tried sneaking a boy into the house. Next, the leather paddle was applied to her bare bottom, followed up by the wooden paddle!!! That wooden paddle sizzled Ten’s disobedient and glowing buns, and from there she could always assume that when she messed up while living back at home that naked spankings would always be used to resolve the issue at hand. 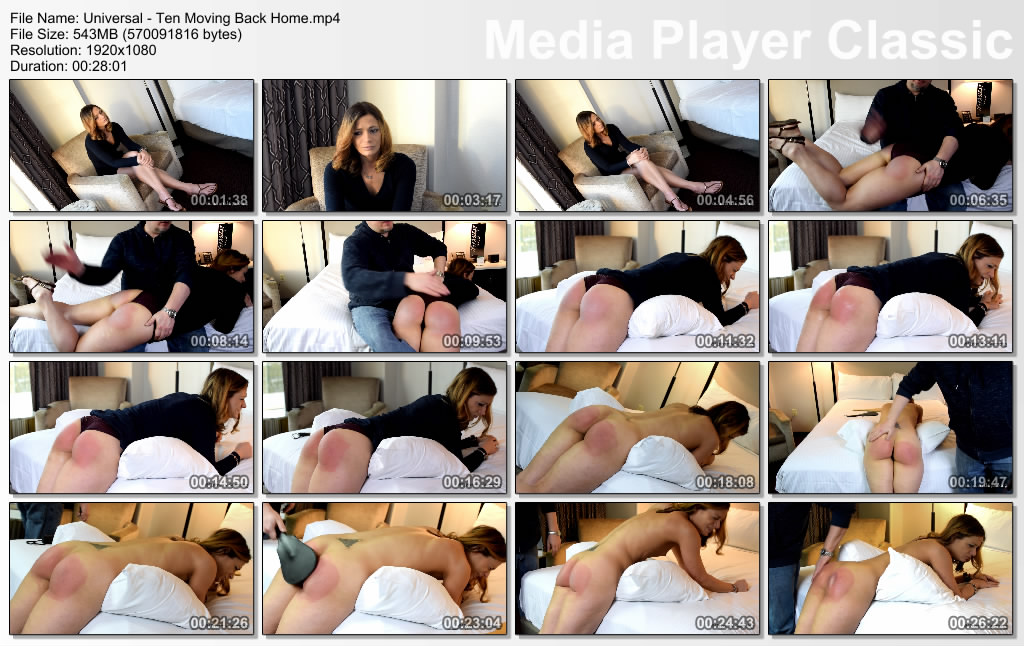