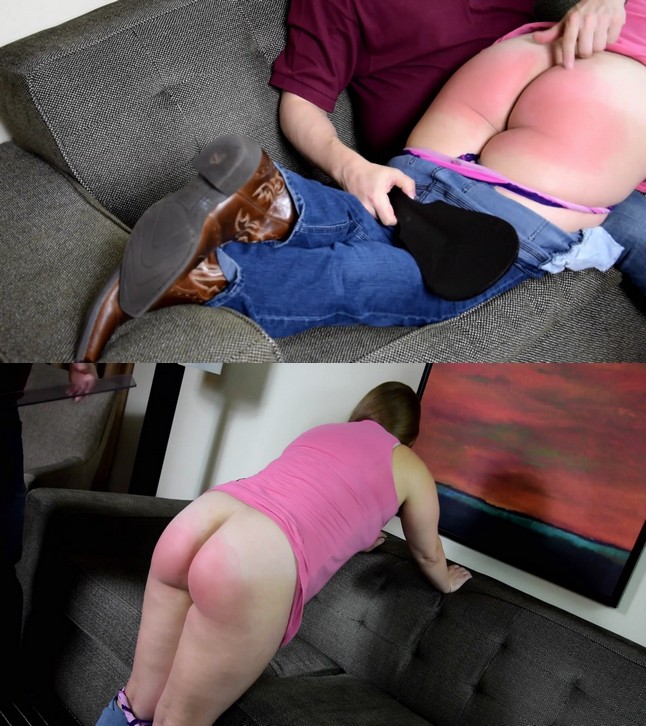 Ashley Belle is a beautiful young lady who’s been featured in some of our most popular videos ("A Serious Chicago Spanking" and "Raising Her Right"). Often times she’s a rather well behaved girl, but sometimes she makes big mistakes, like the time that she wasn’t supposed to see a certain boy (Chad) and she did. In fact, not only did Ashley see a boy that her father forbid her to see, but the neighbor also happened to get a photo of them naked together when they were fooling around on his property. You can imagine the fury that Ashley’s Father felt when he found out about the disobedience, that girl was certainly in for some painful punishment!
When confronted by her Father, Ashley was in complete denial,…that made things even worse and she was taken over the knee to begin what would be a long and painful spanking. The smacks hurt Ashley’s little round bottom as they rained down, and the pain would get even worse once her jeans were pulled below her knees! Her furious Father spanked her hard with his hand, and then he used a large leather paddle on her soft and tender behind. The girl struggled with the agony of having to take such a stern spanking, but there wasn’t much she could do as she was really in trouble this time. Her Father decided that he wanted to take a moment to think about how to finish her punishment, so Ashley was sent to her room to wait for an hour while he made his decision.
Once that hour passed Ashley was called back into the living room and it was made clear that she’d be grounded from everything for the next month. Furthermore, she would have to bend over and accept a stern belt whipping. Ashley’s Dad had just purchased a new and rather heavy belt, and sure as heck that long piece of leather blazed her red hot fanny. It hurt over her jeans and the strokes certainly hurt when fired in on her bare bottom! Ashley was feeling defiant through it all though, she felt that she should be able to do exactly what she wanted. Unfortunately for her, that sass of hers brought on a longer punishment as she’d have to take a strapping and a paddling,…and the swats would be with a harsh lexan paddle!!! Ashley fought hard to finish the spanking with some sort of dignity though she was as sore as could be. Her Father made it clear that if she disobeyed him again there would be more strict spankings in her future. 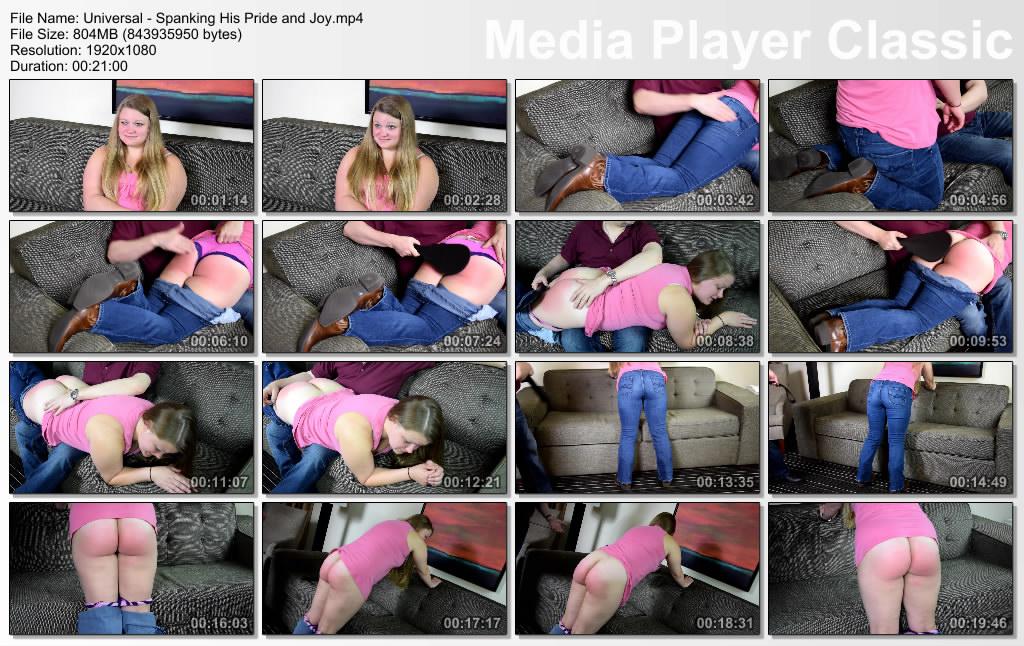