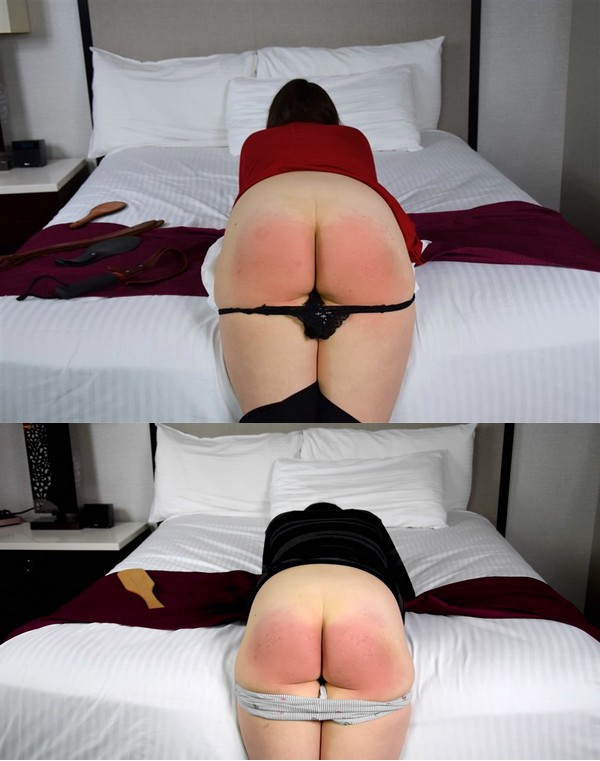 This Video features “Growing Pains” and “Under My Roof” and tells a complete story.
JK Howling is seen here in her first ever video, and she endures a thorough spanking to get what she wants. Her older brother (Teddy) is left in charge when their parents leave town, and he seems to have a thing for spanking, especially when it comes to tanning JK’s bottom! JK wants to have a boy over so she can play around with him and she sees this as the perfect time, however Teddy feels that he’s taking some big risks allowing her to have a visitor (especially a boy), so he proposes that JK take a spanking from him and she accepts the offer. Lately, JK has seemingly needed a lot of favors from Teddy, and each and every time he comes through for her, he also always proposes some outrageous (and often kinky) way for her to pay him back.
Teddy is more than happy to give JK what she wants as long as he gets what he wants, and the spanking starts out with JK in her tight black leggings and over his knee. Her brother taunts her all throughout the spanking, making the entire situation even more humiliating for her. Once Teddy is finished smacking her bottom with his hand, he then bends his sister over the bed and by now she’s just wearing a tiny pair of panties. Teddy grabs some of the implements that their parents keep around to spank them when the both of them deserve corporal punishment, and seemingly he enjoys the fact that he’s the one who’s giving the spankings!
A leather show paddle is the first implement that is used, followed up by swats with a heavier round leather paddle. Both paddles sting the daylights out of JK’s behind, but she really wants to spend some time with her new crush so she stays in position. The paddling is followed up by a strapping, and by this point JK is sporting a bare bottom and her beautiful cheeks are glowing red! The split tailed strap that is used is very painful and JK struggles to make it through all of the strokes, and it doesn’t get any easier for her when she has to take hard licks with a thick billet strap!!! JK took a darn good spanking, she may not like what she has to go through to get what she wants, but she’s at least somewhat pleased that she always has options, as painful as they may be.
In the follow up to “Growing Pains”, “Under My Roof” clues us into the fact that after spanking her, JK Howling’s brother still told her Father that she had a guy over at the house. JK was furious, it’s like her brother told on her just so she would get spanked again, he’s such a meanie! Now JK is sitting on the edge of her bed getting scolded, and she knows that her Dad is going to tan her little bottom good for disobeying the rules.
Sure enough, JK doesn’t have a good excuse for her disobedience, so she’s going over her Father’s knee for some correction. She’s spanked over her cute dress for a short time, but her Dad is focused on teaching her a lesson so he pulls her skirt right up exposing her tender bottom! JK’s bottom immediately begins to turn a nice shade of red as her Dad lays in some hard smacks to her bare cheeks. Being over the knee reminded her of how she used to get spanked, and JK found it totally embarrassing to still be getting her butt spanked! As her bottom heated up, JK’s Dad decided to add a little more fire to her behind and he turned to his leather belt to fan the flames. Stroke after stroke of the belt made the girl suffer, but for good reason, she needed to learn respect for the rules while she’s living in someone else’s home.
The prison strap is an implement not used for small offenses, it’s used when a girl has purposely skirted the rules and JK is going to get a taste of that strap. Every time that strap landed it stung, Jk was hoping that it’d be the last implement that she’d have to endure, but unfortunately for her she’d be spanked bare bottom with another strap, the razor strap! The razor strap is the old fashioned tool that a parent would use to make sure that a girl couldn’t sit for days. JK was fighting tears, she hated that long razor strap, though she would have to stay bent over and in place for many strokes. Finally, her strict Father pulled out a wooden paddle, and he instructed JK to lay herself back over his knee. And on that evening JK’s Dad paddled her good, leaving her bottom a bright red and very sore, giving her exactly what she deserved! 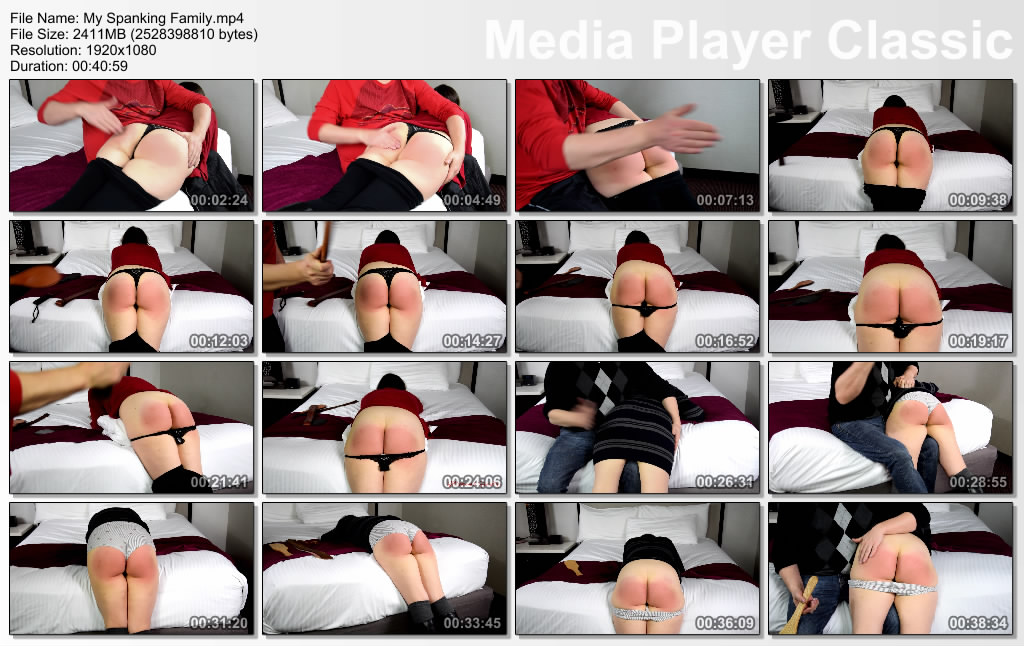