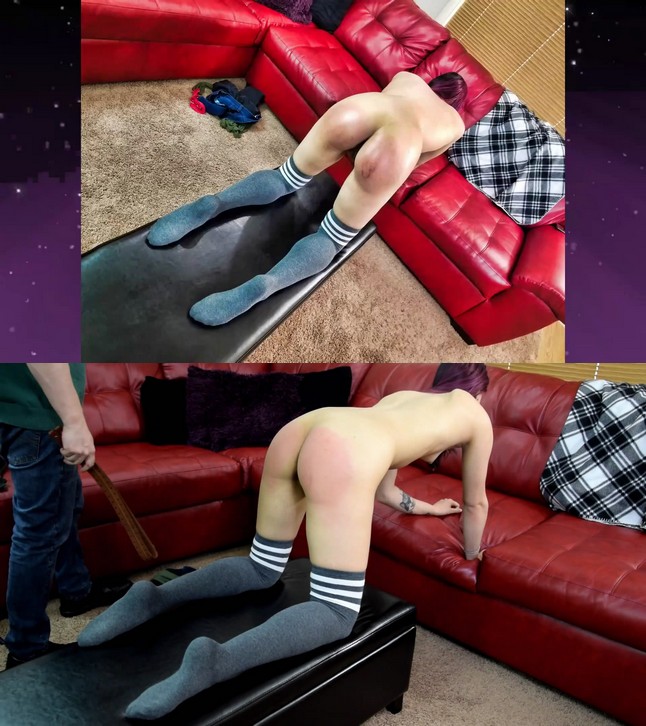 "Lie to Me" is the follow up to "The Dishonest Daughter" and stars Aimee Morgan as the daughter who couldn’t tell the truth, and now she says too much! Aimee decides to be up front with her Dad and tells him that she went out with a guy,…and she gives some very revealing details about things that they had done together. Aimee’s Dad wanted her to be honest, but hearing her revelations was just too much for him! Aimee feels that she shouldn’t be spanked for what she did because she was up front. Even though she was honest, she was also deceptive in how she did things, furthermore,…she was honest about things that she was forbidden to do.
Aimee’s Dad takes her right over his knee and starts spanking her on her jeans, though soon those are pulled down and she finds herself getting spanked in her tiny thong. Aimee is certain that she didn’t do anything wrong, so the sassy girl is then stripped and spanked with the hand and the leather paddle in a reverse cowgirl position! That position is so embarrassing for a girl, but that’s exactly what her Father wanted her to feel as part of this punishment.
Certainly, this would be a thorough punishment for Aimee and she would feel the sting of the belt while she was placed on all fours. She felt that things couldn’t get any worse when a lexan paddle was brought out to paddle her naked cheeks. The lexan paddle stings and she pleaded with her Father to stop, and he did,…just long enough to grab a wooden paddle! Aimee was learning the hard way that even if she is honest about breaking the rules, she’ll still get a paddling. 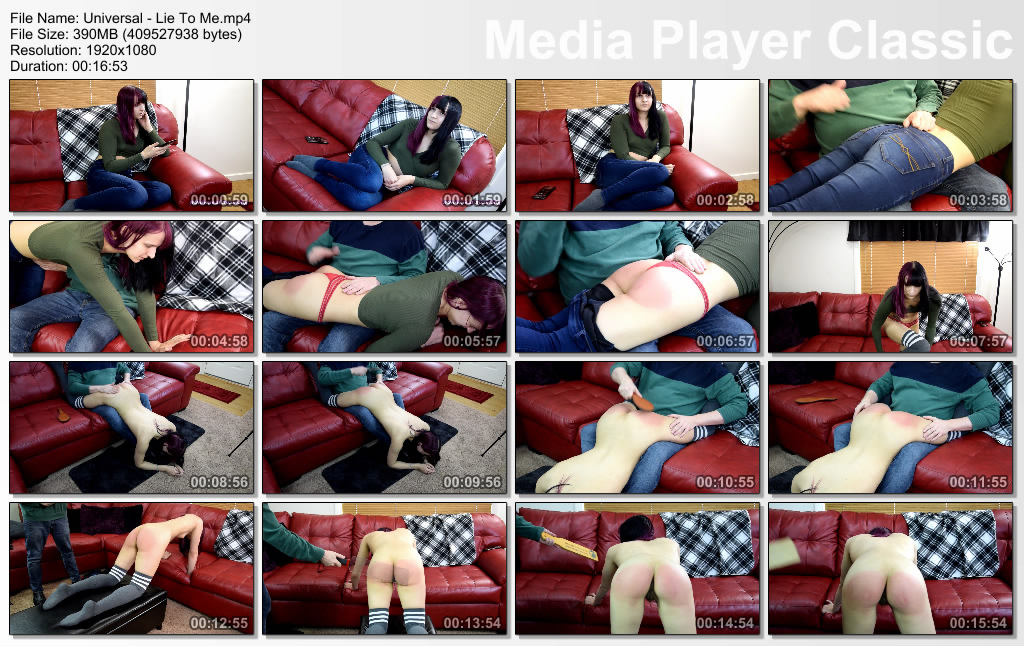