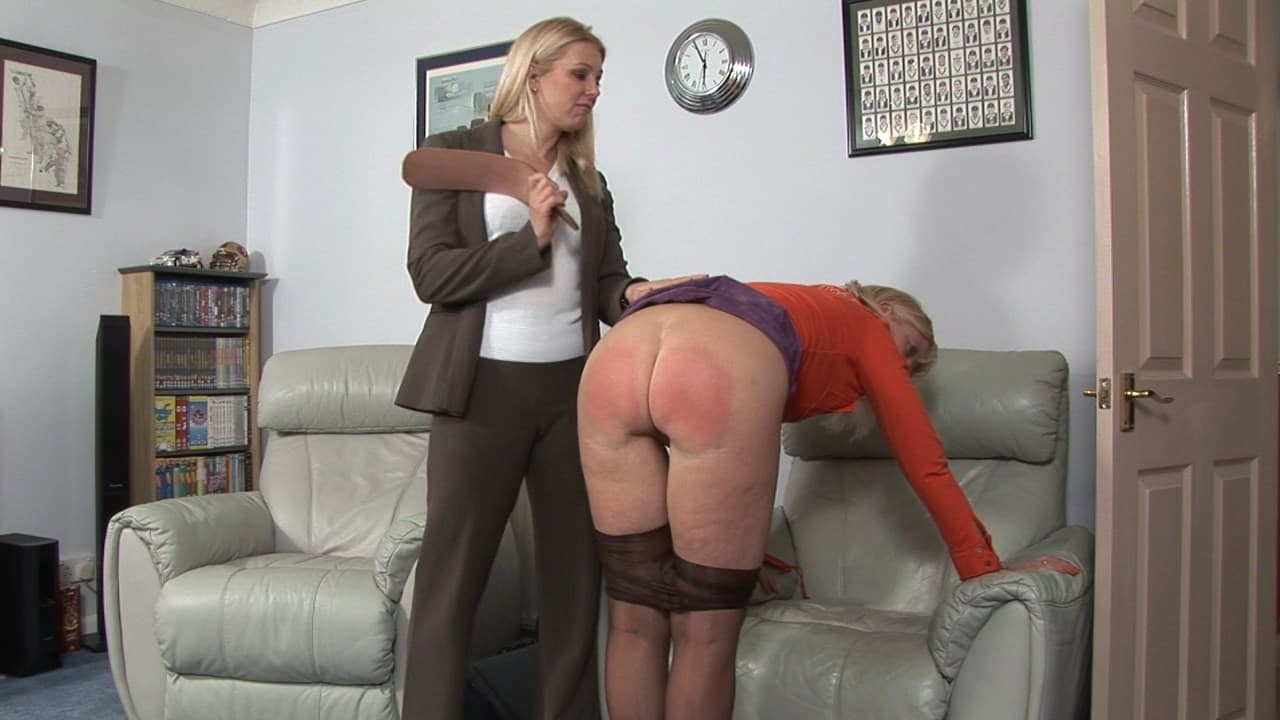 Chris Summers has been caught making a fraudulent insurance claim by Lina the claims investigator and is given the choice of being reported to the authorities with all that that entails or receiving a dose of corporal punishment. She chooses the later and soon finds herself over Lina’s knee for a humiliating bare bottom spanking. Worse is to follow when she is required to bend over with her hands on the armchair and her bare bottom presented for further punishment with leather straps and paddles that Lina has brought with her for such an eventuality. The punishment concludes when Lina is satisfied that Chris has learnt her lesson and wont repeat the offence in the future. 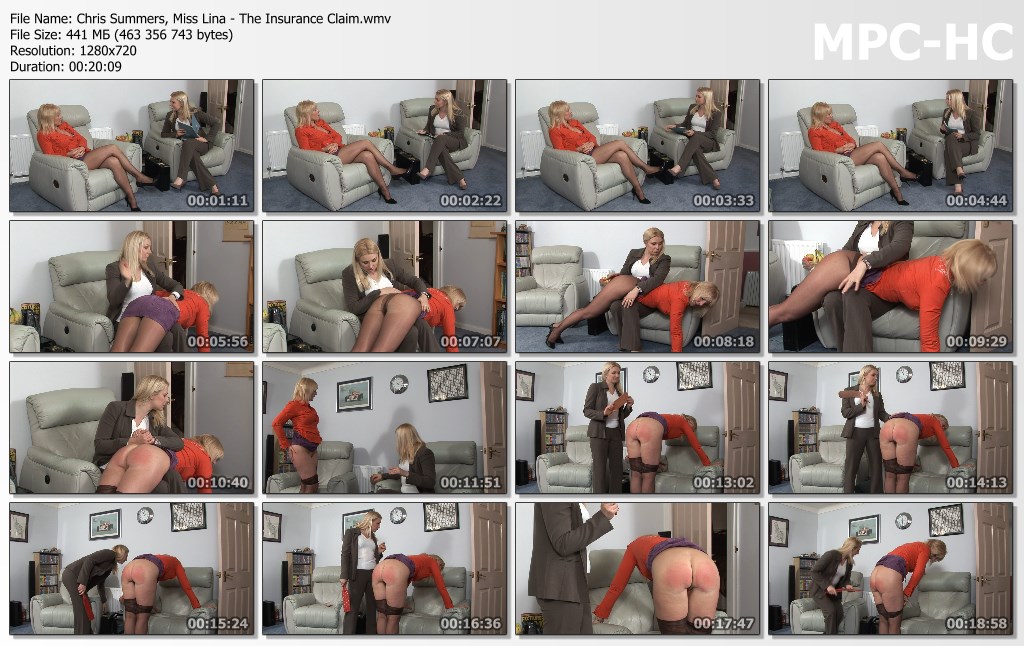