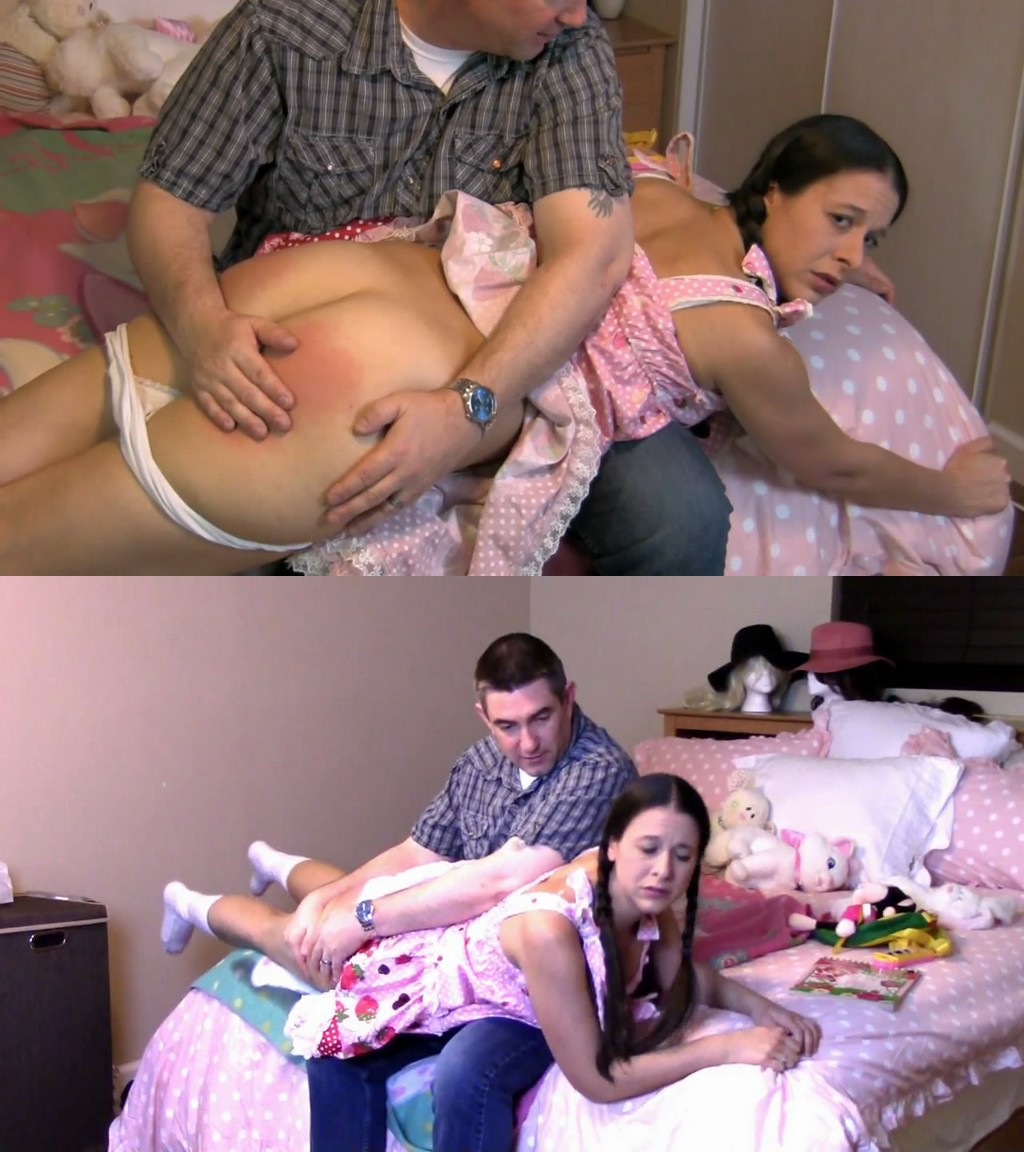 Daddy catches his little girl Sarah play smoking with candy cigarettes. He has told her to throw them away, that she is not allowed to play with them. She pouts and protests that grandma gave them to her. She likes to pretend she’s just like grandma, who is of a different era and unfortunately smokes herself. Daddy reminds Sarah that he had to have a talk with grandma and request that she not but them anymore because he doesn’t want his little girl learning and practicing to be a gross and unhealthy smoker! She knows very well that she disobeyed him, she just didn’t want to listen, and she still doesn’t. Now she’s going to have to hand over the rest of the package to him for disposal, and then be put OTK to have her bratty little bottom soundly spanked! Her pretty little strawberry printed lace trimmed pink dress is lifted up to reveal her white panties as Daddy warms her butt with his big heavy hands. She squirms across his lap, but his strong arms keep her firmly in place. He eventually pulls down her panties, because he believes naughty little girls should be spanked on their bare bottoms, exposing her, intensifying the sting, and allowing you to watch her bottom turn redder and redder as he ignores her constant protests and focuses on the job at hand! When he decides she’s been corrected enough, and has apologized again and again, he takes her into his lap for a sweet hug, then leaves her pouting on her bed, rubbing her poor sore red bottom. Robert Wolf plays a perfect parental disciplinarian to adorable bratty babygirl Sarah Gregory, who has mastered the art of bratting, and of tapping into littlespace for scenes. These two are immensely talented and are very natural in their roles, must see if you are a traditional domestic fan! Filmed in HD! This is the full version with all footage recorded of the spanking, it contains both a wide angle view of the film that shows Sarah’s bottom being spanked at all times, and then you will see a face cam view which focuses on Sarah’s facial expressions throughout. You often can still at least partially see her bottom in this angle, just as you can sometimes see her face in the main angle, but the focus is on her reactions. Enjoy them both here now! Later they will be released individually, for those who prefer only one angle. 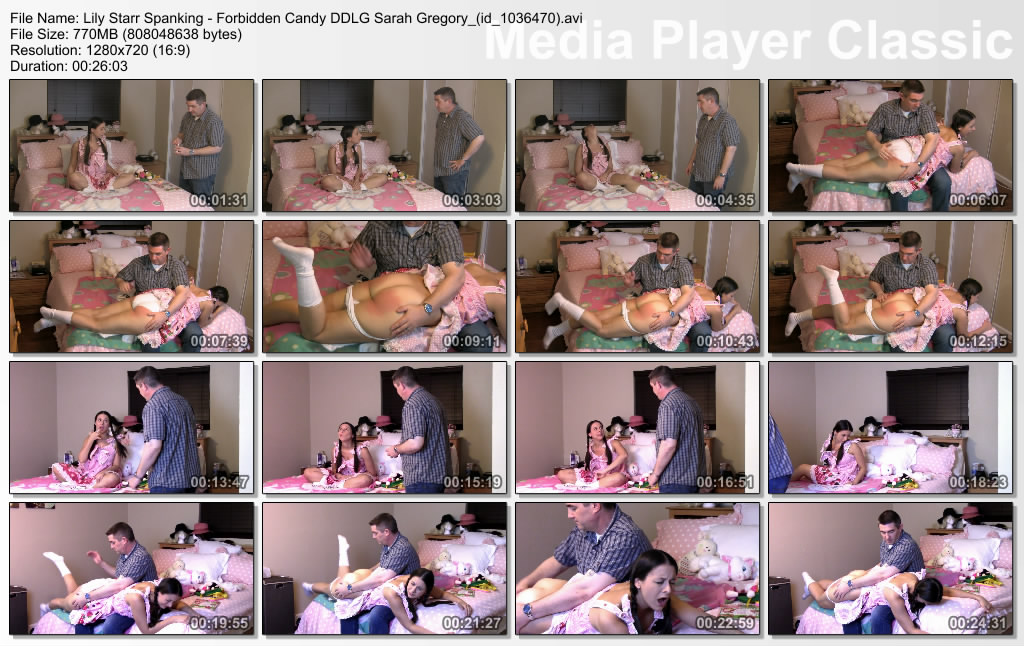