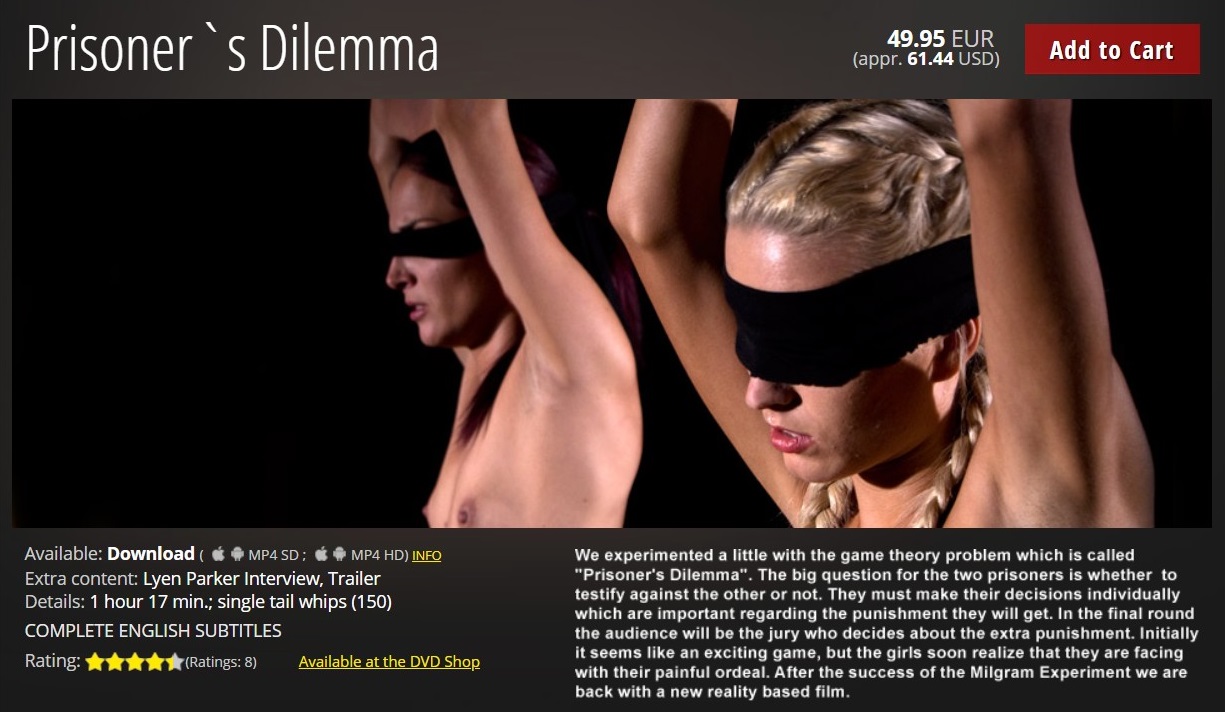 Prisoner’s Dilemma by Mood Pictures is simply outstanding. Both Lady Ariel and Lyen Parker are beautifully presented as prisoners in an almost impossible situation.
The video begins with Lady Ariel and Lyen Parker bound naked with their arms over their heads and blindfolded in front of a silhouetted audience. They must choose to testify against each other or remain silent. Each choice can result in more lashes of the whip for the other prisoner, more lashes of the whip for themselves or possibly no lashes depending upon the action of the other prisoner. Lady Ariel and Lyen look stunning as they stand before the audience. Lady Artemis serves as the executioner and harshly whips both women.

The scenario, the lighting, camera angles and responses to the whipping from Lady Ariel and Lyen really turn Prisoner’s Dilemma into a masterpiece. During the first whipping of Lyen Parker, you can see Lady Artemis staring coldly at Lady Ariel. Lyen screams and grimaces as she is whipped. Lady Ariel squirms and seems to regret her decision.

In the second round, both women are whipped, and this is where the movie reaches new heights. Lady Artemis alternates between whipping Lyen and Lady Ariel. I must admit that I enjoyed the sobs of the freshly whipped Lyen mixed with the screams of Lady Ariel. I also enjoyed the grimaces of anticipation from Lady Ariel as Lyen was whipped.

This movie will be tough to beat. However, there is always room for improvement. For example, Lady Artemis inexplicably failed to adequately whip Lady Ariel’s inviting ass. Also, Lady Artemis’s whip strokes did not seem to be as harsh on Lady Ariel at times. I know that she is capable based upon the way that she savaged Vivian in Domina Competition 2.

Hopefully, there will be sequels to Prisoner’s Dilemma. Future sequels could involve rounds in which the prisoners could face breast whippings, pussy whippings, and foot whippings. Nevertheless, Prisoner’s Dilemma does not disappoint and if there are no sequels, I’ll be happy with this wonderfully executed film. It gets an A+. 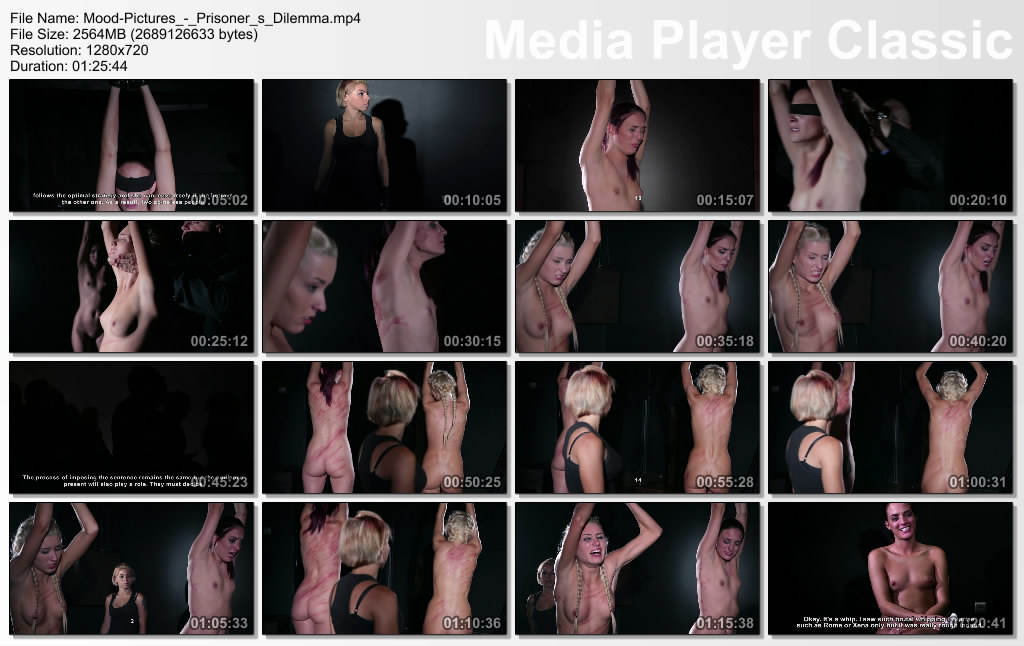