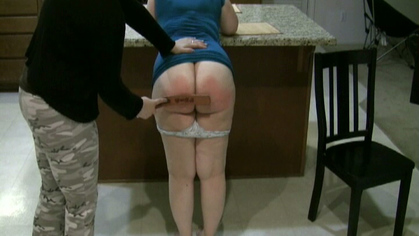 While Lily was still asleep, her girlfriend Kisa had learned that their electricity was about to be turned off, so she paid the bill on her credit card but was furious because Lily had told her she had already paid it! So when Lily gets up she confronts her about the lying and the unpaid bill. Kisa has a couple of their toys, usually used for sensual spanking play, waiting on the counter. Lily says she meant to pay the bill but just forgot, and tries to downplay the situation, but Kisa is set on teaching her a lesson with a punishment spanking. She grabs a kitchen chair and pulls Lily over her lap, spanking first with her hand and then with a heavy heart shaped oak paddle. Then she makes Lily bend her very red bottom over the kitchen counter for a hard strapping with the heavy leather bad girl strap! 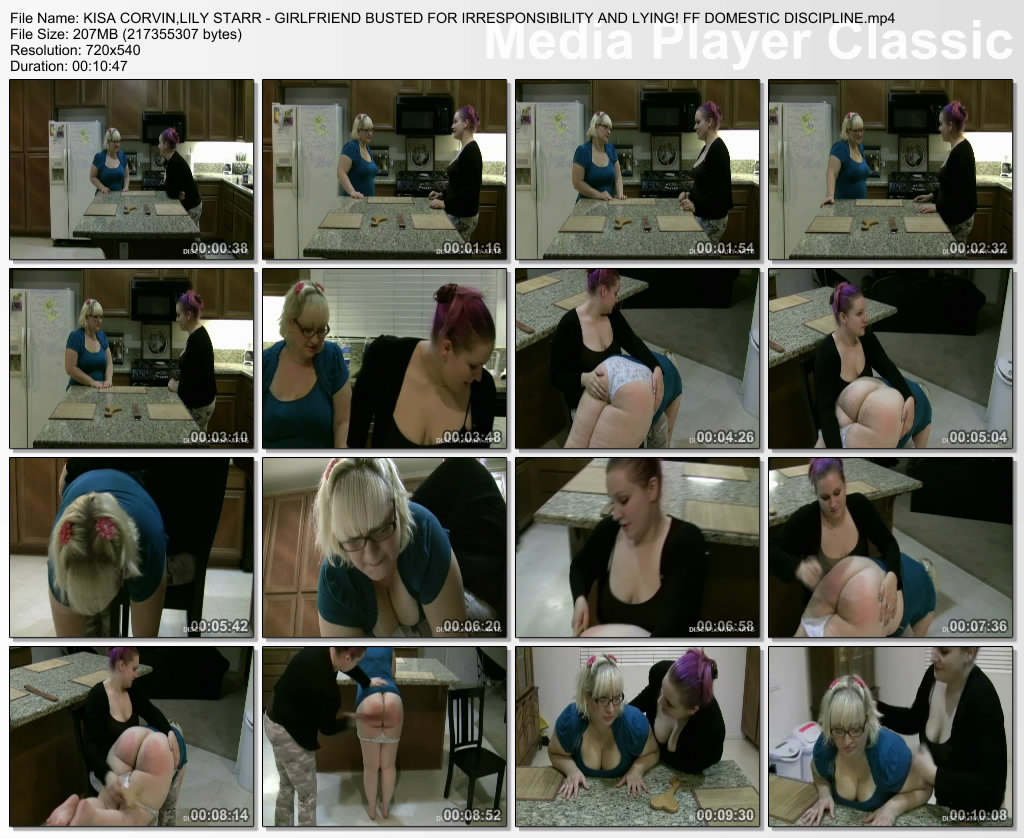