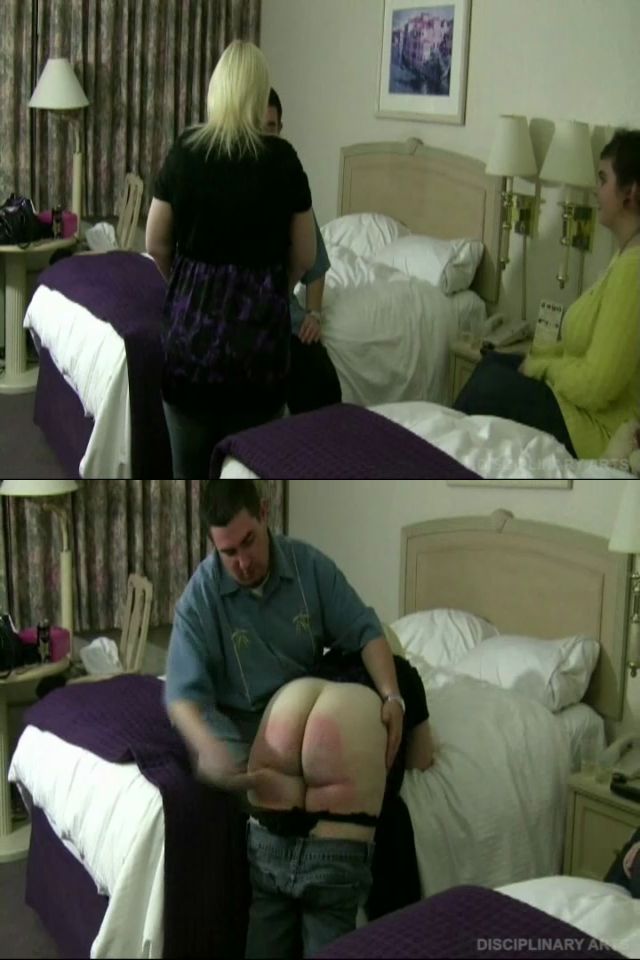 Lily’s boyfriend Robert had to attend a business convention in Las Vegas and brought Lily along so they could have some fun in the city during his off time. During the afternoon while she was left alone in the hotel, Lily ventured down to one of the casino bars and made friends with Jolie, a girl she met there. She invited Jolie up to the room to drink some wine and hang out. The girls are having a great time and Jolie asks Lily if she’s ever made out with a girl. Lily says that she hasn’t but would like to try it, but she’s not sure if it would be ok with her boyfriend if she were to do that without his approval. Jolie points out that he’s not due back for a few more hours and encourages Lily to just try it, he doesn’t have to know. The girls begin kissing and are enjoying themselves when Robert comes in the door unexpectedly. They try to jump up quickly but he saw what was going on and is angry at Lily for violating his trust by doing something like that behind his back. After finding out what had transpired he tells Lily she’s going to “get it” and so is her friend. Jolie has no idea what he’s talking about until she’s horrified to see him put Lily over his lap, pull her pants down and spank her bare bottom hard with his hand and a hairbrush. Then Lily has to stand in the corner while Robert spanks Jolie the same way for talking Lily into making out with her when she knew she had a boyfriend. Very hard spankings result in two crying girls with deep red and bruised bottoms which they both display in the corner at the end! Great HD quality, girl/girl kissing and real bare bottomed wooden hairbrush spankings featuring two cute curvy spanko girls taken in hand by a very firm and dominant male Top, enjoy! 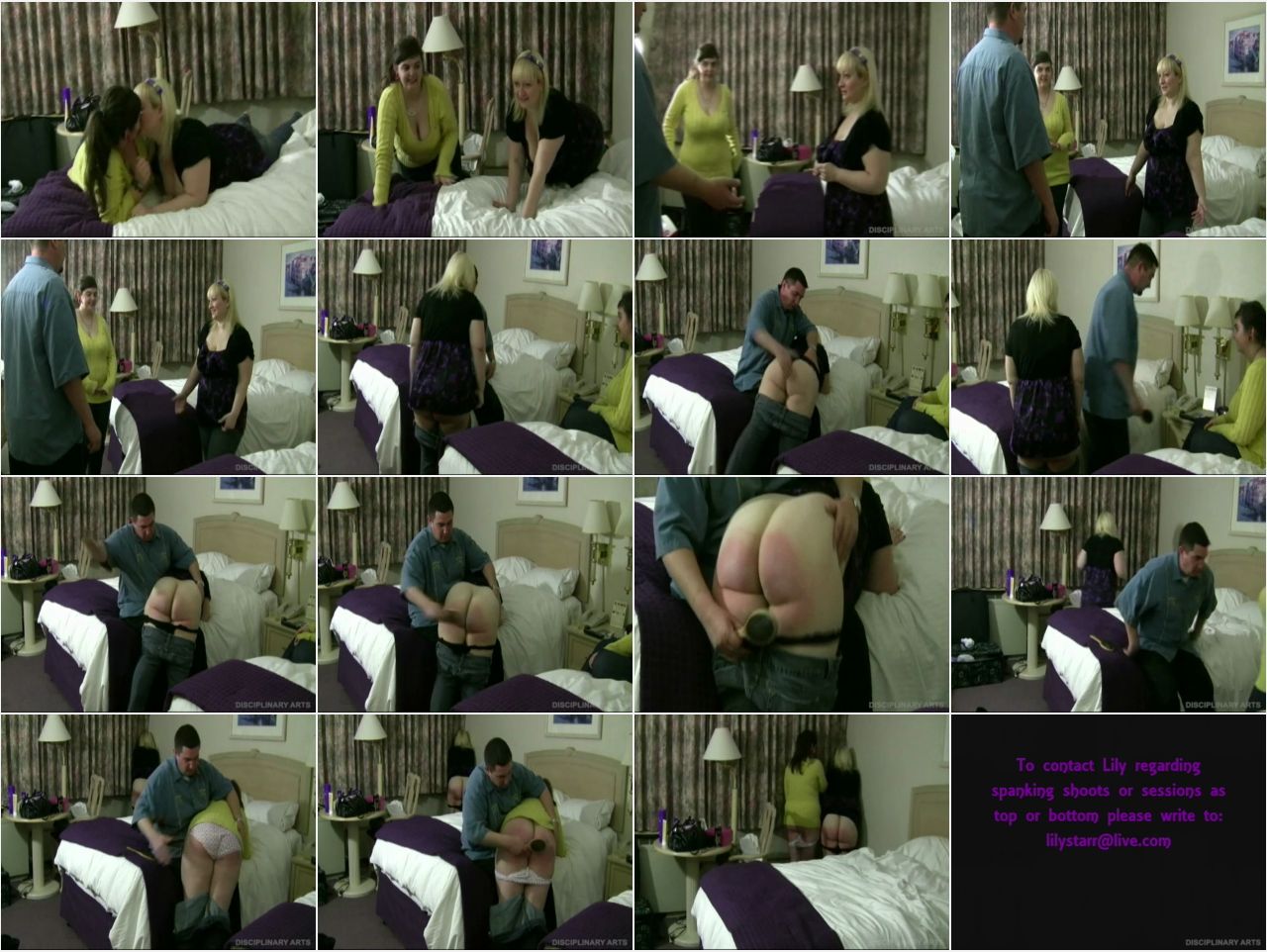