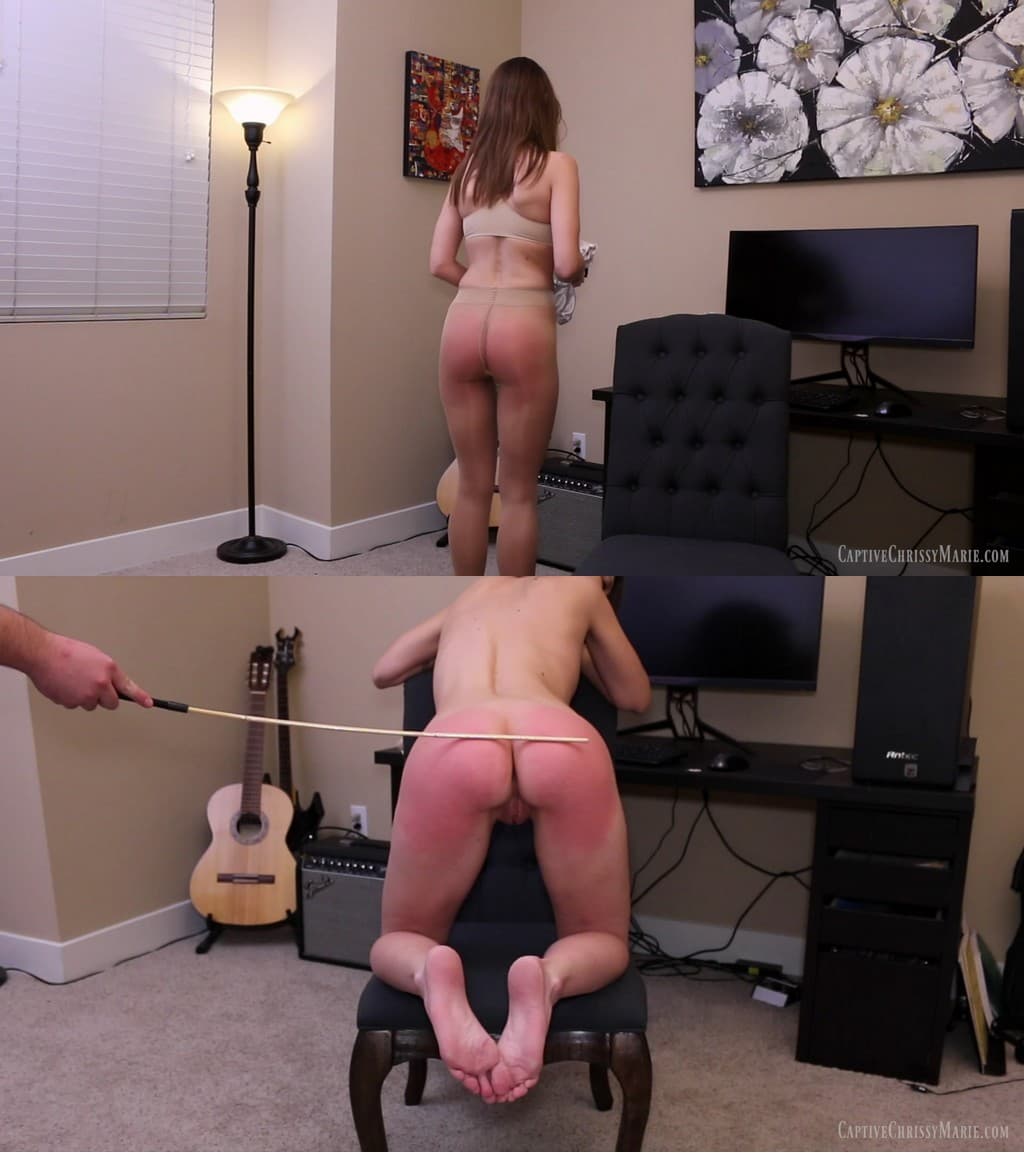 Chrissy has been late to work on numerous occasions and has been disciplined many times by management. This time Chrissy is more than four hours late because she was out partying late the night before and forgot to set her alarm. She put on her best outfit for work in an effort to persuade the boss from being too harsh on her. When she gets to her office she finds her boss sitting at her desk doing her work. She apologizes profusely and comes up with excuses that the subway was down and she couldn’t catch a cab, which her boss knows is a lie and he is having none of it! He tells her that this is indeed the last time she will be late because he has decided to let her go. Chrissy begs him not to fire her, she will never find another job in this market and her boyfriend is already on the verge of leaving her because she is chronically late! There has to be another way, firing her can’t be the only solution! Chrissy’s boss has always had a thing for her and would really like to see her in the nude. He takes a chance and tells her that if she agrees not to tell anyone, he will spank her and as a result he won’t fire her. She hesitates at first as she was not expecting such a proposal, but reluctantly agrees to take her spanking punishment since she has no other choice if she wants to keep her job!

He orders Chrissy to get over his knee and begins spanking her hard and fast with his hand as she squirms and kicks her heeled feet in agony! He leaves her skirt on as to offer her a little protection as he gets her warmed up, but soon after he can’t help but want to see under that skirt. He lifts it up and rubs his hands along her silky nylons. He notices that her ass is already very warm through her pantyhose. “Good!!” he thinks to himself. She really does deserve a severe punishment and this one will surely set her straight! He continues to slam heavy hands down on Chrissy’s rear end without mercy. Then he has her stand as he strips off her skirt and blouse, then she kneels on the chair as he pulls down her pantyhose and exposes her bright red ass. Giving her no rest he keeps smacking her bare bottom until she is practically in tears! Next her boss XXXX her to strip off her pantyhose and bra leaving her fully exposed as he gropes and fondles her tits and pussy. Chrissy is so embarrassed but afraid to object to any of this in fear that her punishment will get worse or that she will lose her job forever!

He has her assume the position over his knee yet again and proceeds to spank Chrissy butt naked. She begs him to stop and that she has really learned her lesson now! He has her count out the last 20 spankings and repeat “thank you sir” after each one! She can barely make it through without messing up. Unfortunately for Chrissy he isn’t finished disciplining her yet! He has another implement in mind to really make sure that she never does anything like this ever again. He has her kneel on the chair one last time with her legs humiliatingly spread and pulls out his cane. She has no idea what it is and pleads for him not to use it on her, but it is for her own good. He administers 10 painfully stinging strokes with the cane. She counts each stroke out loud just like she did before except with even greater difficulty as she cries out loudly in pain. Her bright red ass welts up and bruises more and more with each stroke. Just when she thinks her punishment is complete, her boss gives her the unfortunate news that she won’t be going anywhere tonight! He has one more idea to make sure that she won’t be late tomorrow…or ever again! To be continued…

(Spanking only, no bondage in part) 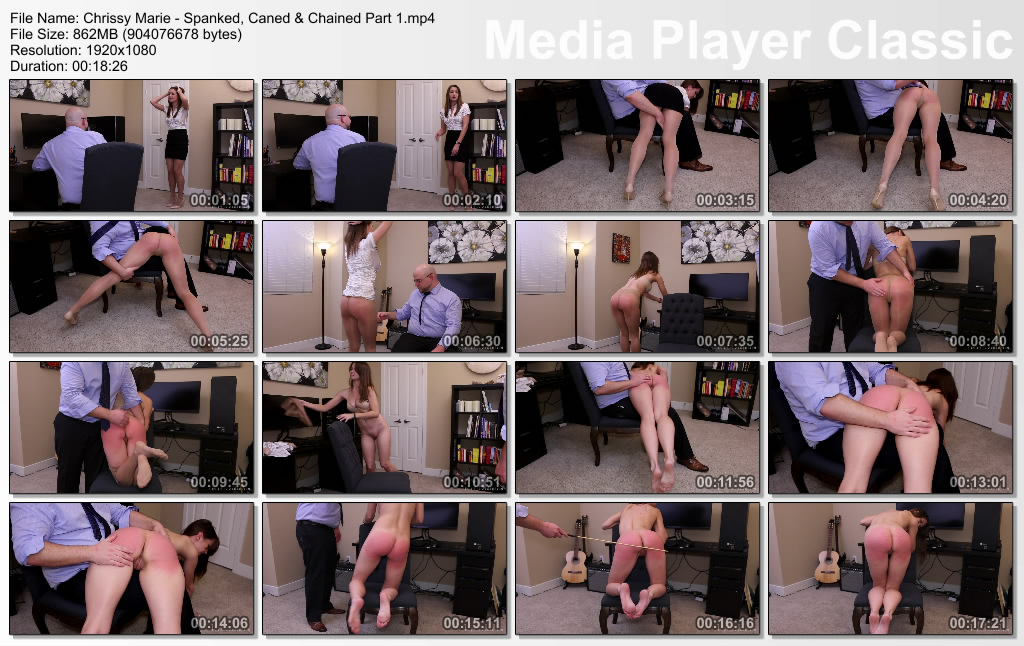