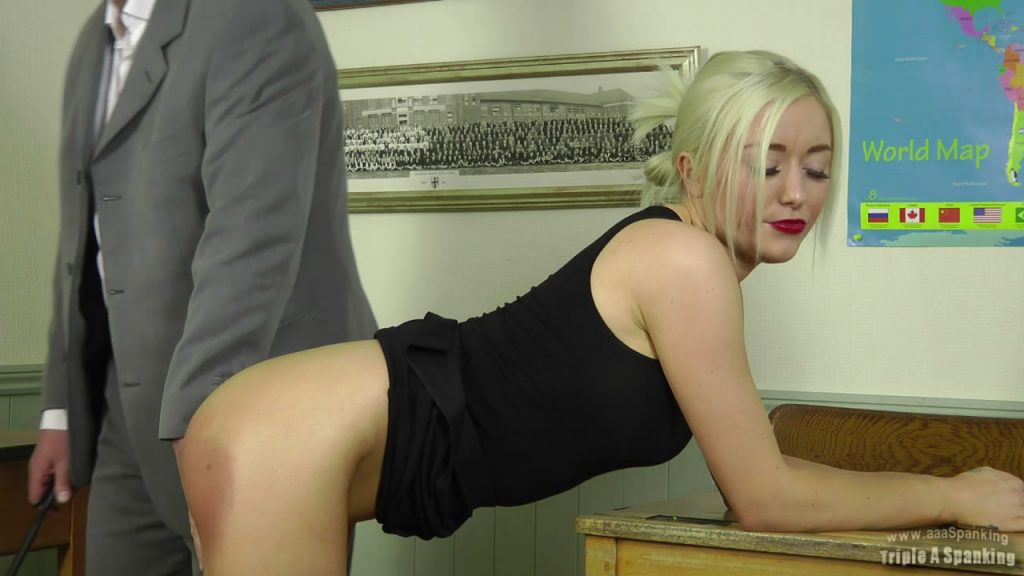 Young wife Leandra had no time for her new step daughter’s education and wellbeing when she was supposed to be in charge of her when her father was away on business. This showed with the failing grades and continual punishments.that she had received but her teacher had guessed that Leandra was the cause of his once best pupil’s erratic behavior. Leandra was summoned for an urgent meeting and it soon became apparent how aloof and selfish she was so he gave her an ultimatum: To take a similar style humiliating punishment or he’d inform her new husband what she had been doing! He gave her a bare bottom spanking and leather paddling then remarked on her style of dress which was far too provocative… Leandra felt ashamed that she had put her new daughter through these punishments too as her punishment was finished off with an embarrassing cornertime with her panties down, like a very naughty little girl. 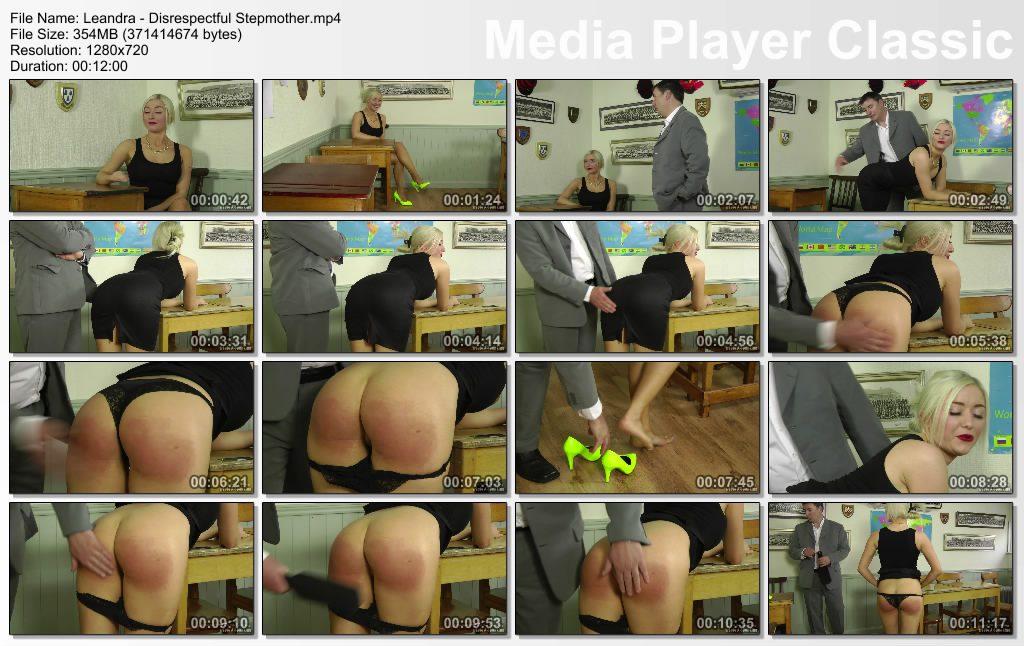