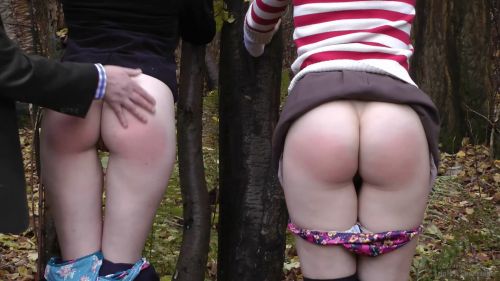 Molly Malone & Amelia Jane Rutherford were a little lost in the woodland but both girls were feeling naughty and frisky so Molly asked if she could spank Amelia for the sake of it! Out in the open, it felt fun and risky, which appealed to Amelia… so she let her close friend play and spank her including a bare bottom spanking. The giggling and familiar spanking noises attracted local land owner, Mr Osborne, who happened to be wandering through his own woods when he came across this amazing sight! He was barely able to contain his own excitement at such a spectacle and seized an opportunity rarely given to him in life. The poor fellow was socially inept and awkward with females but he did somehow stutter out that as a forfeit for trespassing on his land he would like to finish off their spanking only he wanted to spank both girls as well as doing so with their panties pulled down. A delightful spanky tale of what might happen if you go down to the woods today! 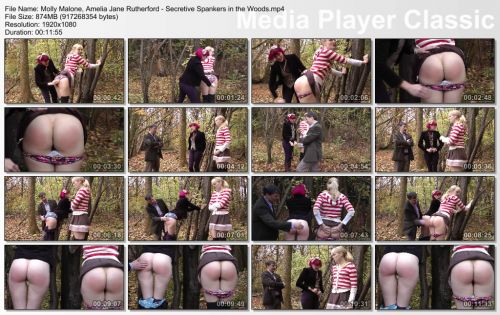