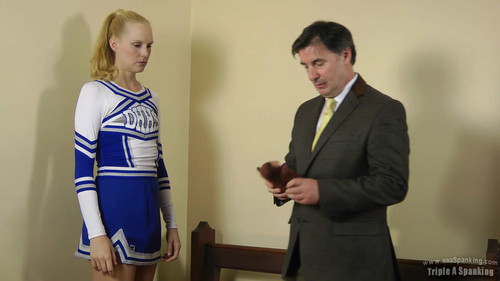 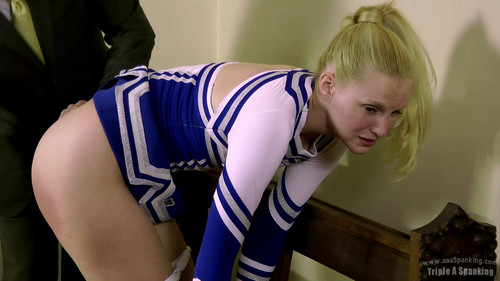 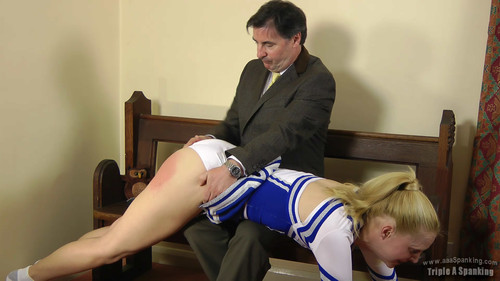 Head Cheerleader, Amelia Jane Rutherford, was summoned to meet the Coach Osborne, who was far from pleased with the disruption caused to recent cheer practices with her new plushie toy… a seemingly innocent looking owl that swore and said very rude things when pushed in its’ tummy. He was deeply offended that some of his God fearing girls might be upset at such a filthy, foul mouthed toy as it had been passed around the changing rooms much to Amelia’s amusement. The only way for her to learn that this was very wrong was for a short sharp shock punishment which involved a painful hand spanking and a humiliating panties down hairbrush discipline session on her bared cheeks. If the potty mouthed owl doesn’t raise your blood pressure, then the sight of Amelia dressed in this tight cheer costume, panties down, will surely do it! 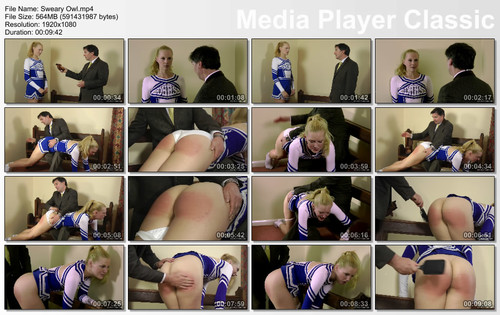